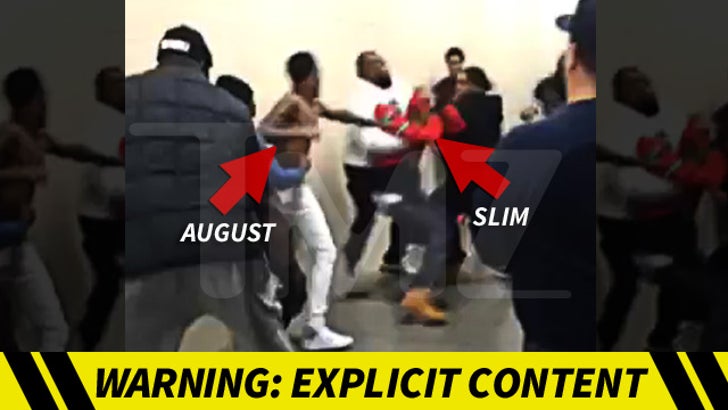 10:30 AM PT -- August's people deny any ambush, telling us ... most of the people in the hallway were either neutral or WITH Loose Cannon Slim.

Further, they say August had no issue going on before Migos -- and claim the real issue is the promoter delayed paying August until 2 hours before the show. They say artists usually get paid as soon as they get into town.

August Alsina and his crew made a punk move when they kicked in a concert promoter's face -- because they waited until he was all by himself to do it.

TMZ obtained this new video of the brawl that went down backstage at a St. Louis concert ... and it shows R&B star Alsina actually did get at least one punch in on Loose Cannon Slim, the promoter. It was unclear in our first clip of the fight.

Sources close to Slim tell TMZ by the time punches started flying ... security guards for the venue had already detained Slim's posse following an earlier dressing room scrap with Alsina -- so it was never a fair fight.

As for why the fight went down -- we're told double-A was offended he had to perform before the group Migos ... because, in his mind, he's way bigger than the "Versace" rappers.

We reached out to August and the venue for comment, but so far ... radio silence. 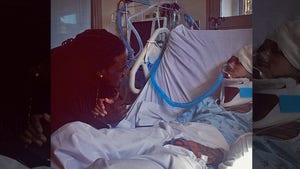 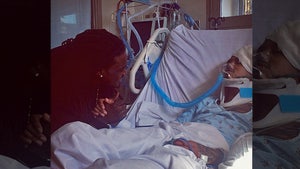