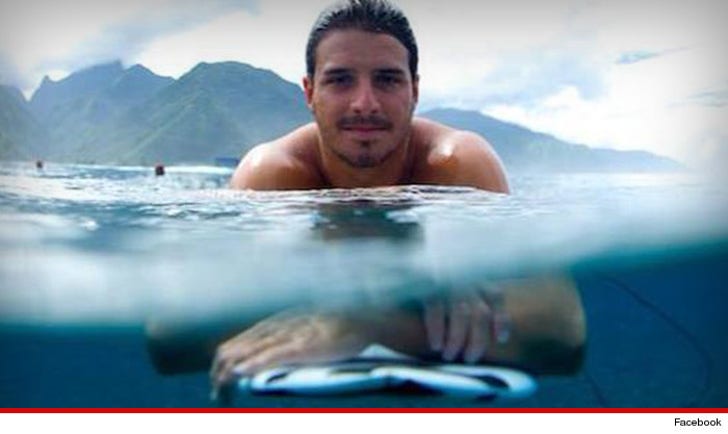 Brazilian pro surfer Ricardo Dos Santos died Tuesday -- one day after he was shot multiple times ... but the details surrounding the shooting are sketchy at best.

No one seems to be disputing the fact that Ricardo -- a 24-year-old rising star in the sport -- was shot and died as a result of his injuries.

But there seems to be conflicting reports about who fired the shots and why.

There are some reports that say Ricardo saw two men using drugs on the beach and asked them to stop -- when one of the men suddenly began to open fire.

Another report says Ricardo was doing home repairs with his grandfather when he got into it with some other men over a pipe that was being used in the project ... and the men shot him.

Tributes have been pouring in from all over the surf community -- with Kelly Slater dedicating a surf session to his late friend.

There are reports that a man was taken into custody in connection with the shooting. We're working on confirming the details. 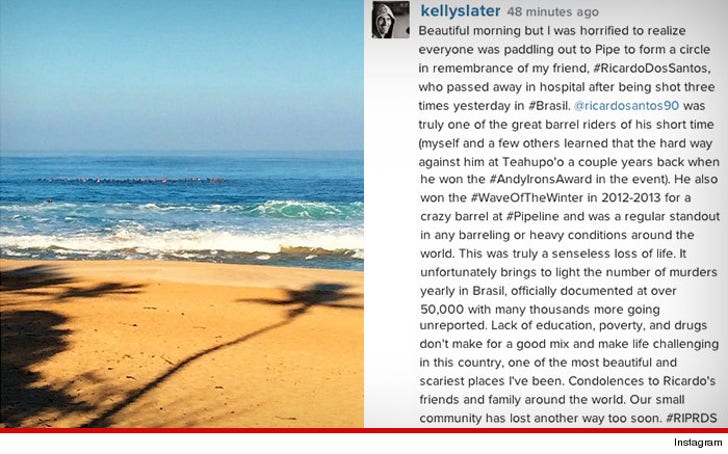