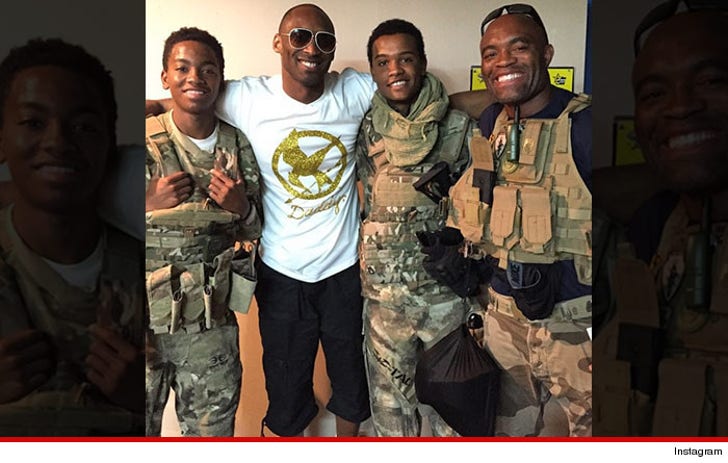 Just days after being diagnosed with a season-ending rotator cuff injury, Kobe Bryant his up a popular paintball park in L.A. this weekend ... to kick it with Anderson Silva.

Kobe and the UFC legend were hanging at the Hollywood Sports park in Bellflower, CA on Saturday -- where Silva and his kids go paint splatterin' every other weekend.

Seems unlikely Kobe got in on the action -- since everyone else in the pic is dressed for combat and Kobe's not ... and also, he's still nursing that injury.

At the very least, it's good to see he's not moping around the house.