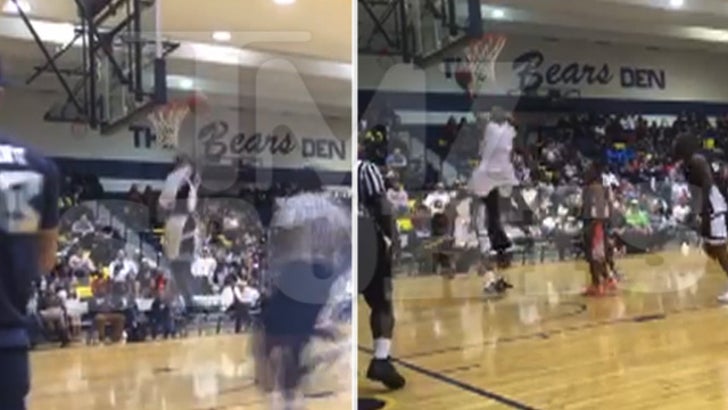 Apparently, Dez Bryant is human after all.

TMZ Sports has footage of the Dallas Cowboys superstar going up for a wide open dunk at a charity hoops game in AZ on Saturday ... only to get STUFFED by the rim.

It was a rare athletic misfire by the NFL superstar -- who, along with several other celebs, participated in the Gridiron Celebrity Hoops XVII charity game in Phoenix this weekend.

The game raised money for Juli’s Kids Motivated to Succeed (Juli’s Kids) -- whose mission is to enrich the lives of today’s abused, abandoned, neglected and homeless children.

As for Dez, we're told the rest of his game was solid -- but more importantly, props for helping out a great cause.