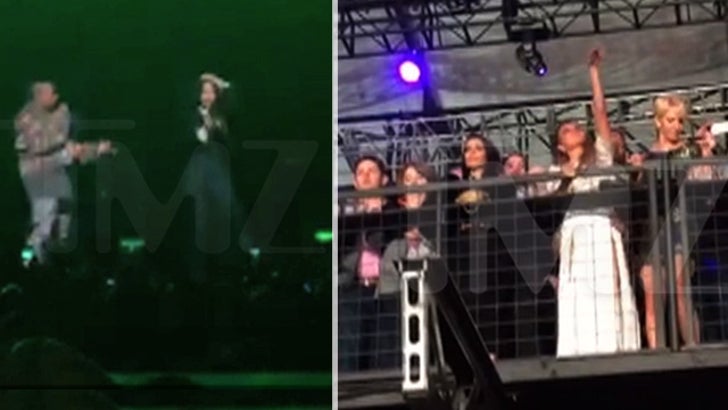 Kim Kardashian busted a move and lip-synced as Kanye West made a surprise appearance Saturday night at a Super Bowl party.

It was actually Rihanna's night to perform at the DIRECTV party, when Kanye took the stage. We got hold of the video, and it's pretty awesome.

It looked like an awesome concert ... lots of stars, including John Legend, Chrissy Teigen, Dez Bryant and Mark Cuban.

The night wasn't over when the concert ended. Kim, Kanye Chrissy and John hit up The Waffle House at 2:30 AM and feasted on bacon melts, and chicken and eggs. 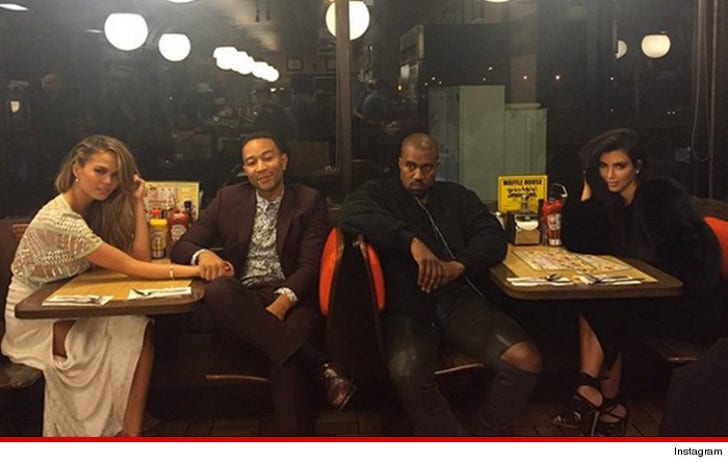