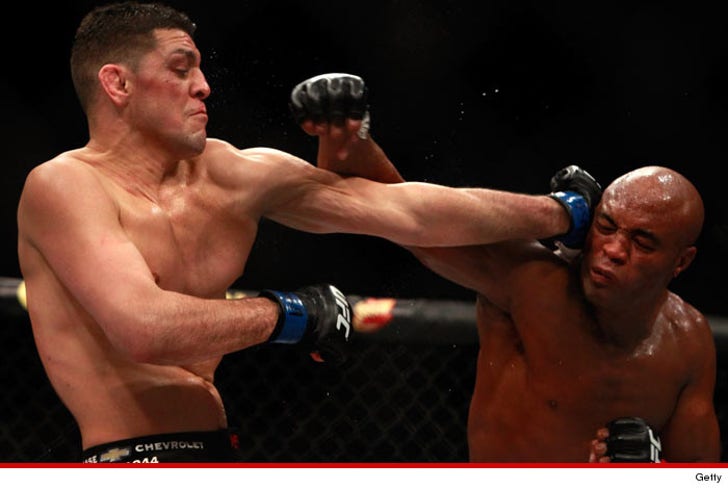 Nick Diaz's trainer is calling for the UFC to overturn Anderson Silva's victory at UFC 183 after the fighter tested positive for anabolic steroids.

We spoke with Cesar Gracie who tells us ... "In my opinion it needs to be overturned because you got a guy on performance enhancing drugs."

"I get it. Silva is getting up there in age (he's 39) but if you need steroids to fight you shouldn't be fighting."

Silva won by unanimous decision this weekend ... only for the Nevada State Athletic Commission to reveal after the fight that both fighters had failed drug tests -- Silva for steroids and Diaz for weed.

"Anyone with half a brain would know weed is not a performance enhancing drug," Gracie says ... noting that Nick actually passed a separate drug test before the fight. "They make them take a test before they even license him to fight in Nevada."

Both fighters face suspensions -- but Gracie says the damage to Silva's reputation if far worse than any punishment the UFC can dish out."

[The positive test] defiantly tarnishes his legacy because people are going to look at his other fights and question if he was using steroids then too."