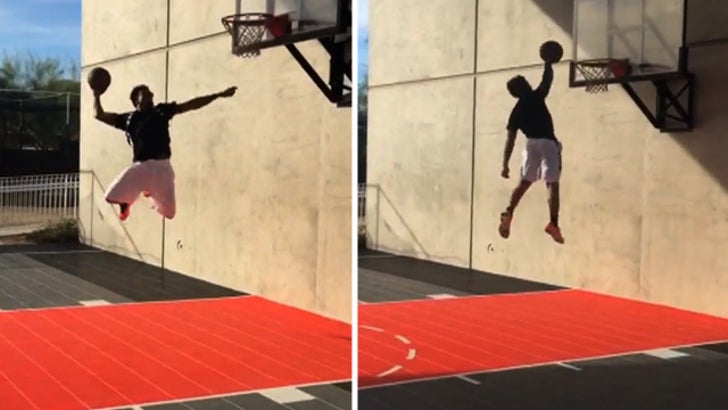 In yet another display of freakish athleticism, here's New York Giants superstar wide receiver Odell Beckham Jr. dunking like a boss ... while wearing a backpack.

The NFL star -- who was just named offensive Rookie of the Year -- put on an impromptu slam dunk clinic on an outdoor court earlier Tuesday ... and gave a shoutout to LeBron James while he was at it. 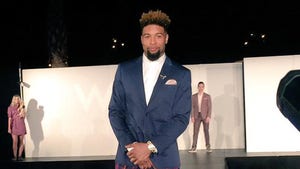 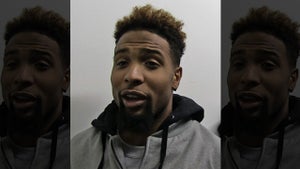 Odell Beckham -- I Didn't Pursue Soccer ... 'Cause I'd Miss My Family Too Much 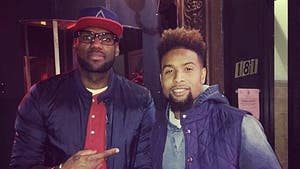 Odell Beckham Jr. -- I GOT TO MEET MY HERO ... Takes Pic with LeBron