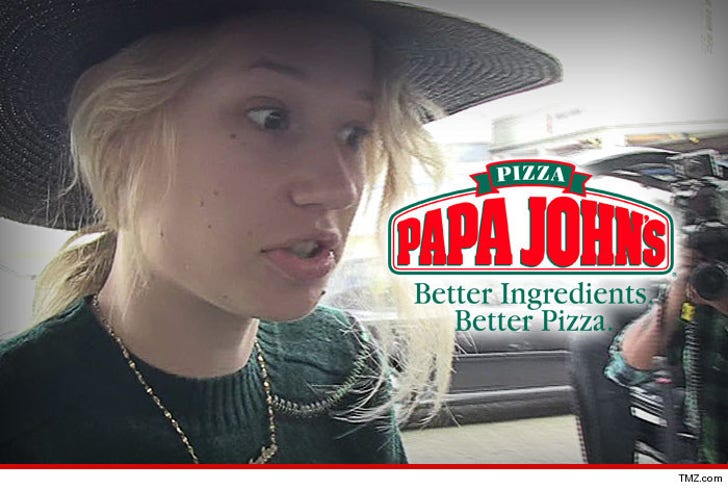 Iggy Azalea says her pizza privacy has been violated by a Papa John's driver ... and now she's on the digital attack looking for vengeance.

Azalea tweeted Sunday about a recent pie order gone awry ... writing, "Papa John's was my favorite pizza but the drivers they use give out your personal phone number to their family members."

The rapper claims she asked her driver's supervisor for pictures of the guy so she could identify who gave out her number ... but his boss refused. So she BLASTED the company online.

Iggy even included a screen grab of one of the text messages she received from the driver's brother.

We reached out to a rep for Papa John's. So far, no word back.

Guess Iggy likes beef with other rappers AND on her pizza. 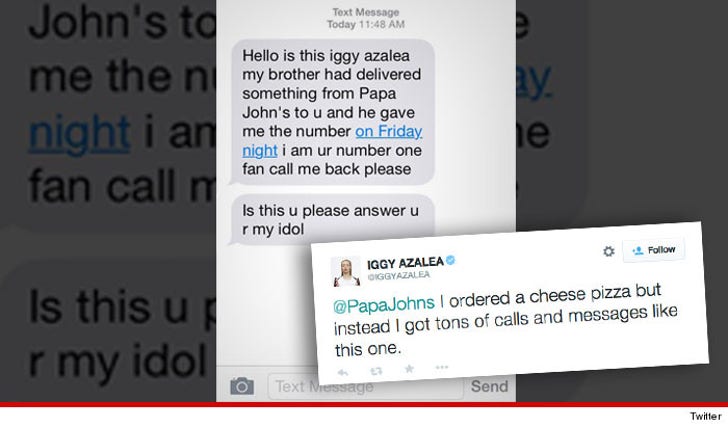 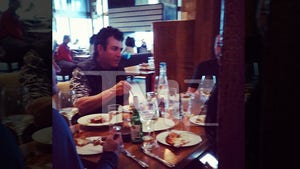 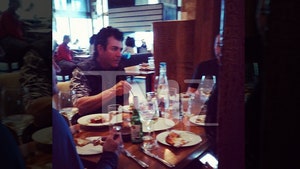