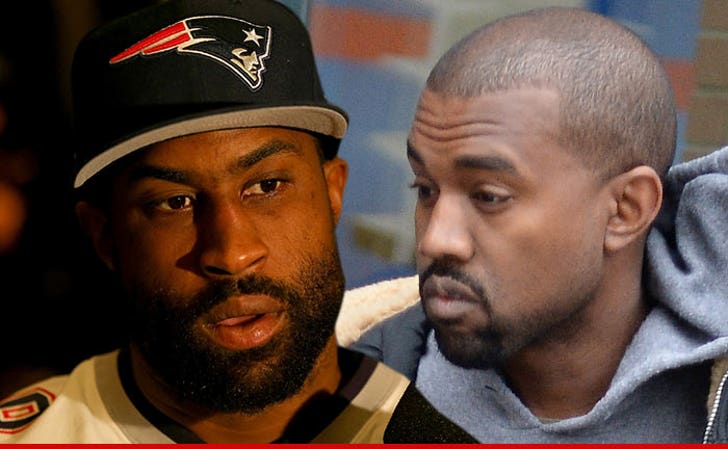 Kanye West has a brand new enemy -- New England Patriots cornerback Brandon Browner ... who just called the rapper a "SUCKA" and said he woulda beat his ass if he were Beck.

Browner clearly saw Kanye's antics at the Grammys ... where he ran on the stage while Beck was accepting the award for Album of the Year. He later ranted that Beyonce should have won.

Well, the move pissed off Browner -- who says, "Kanye West is a sucka! Everybody don't listen to Beyonce. Second time he tried to steal somebody shine. First time it was a 15 yr old girl."

He continued, "Kanye try and play that I'm weird because of my genius. Non of the greats pull that stupid ish. Meaning Marley, Mike Jack, Tupac, Jayz etc."

"Peep who he tried Beck and Taylor Swift. Real tough guy. If only I could've been Beck for one night. Kanye would be rapping thru the wire."

Translation -- might be smart for Kanye to stay away from the Pats locker room for a while.