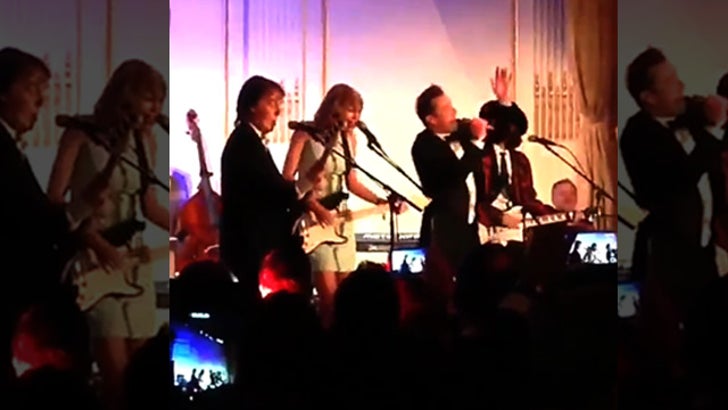 Even haters can't hate, hate, hate this video -- Paul McCartney channeling his inner 15-year-old girl and jamming with Taylor Swift on "Shake It Off."

The ultimate bridge between generations went down at the "SNL" 40th anniversary after-party Sunday night -- and Jimmy Fallon joined 'em on stage too.

Taylor returned the favor by rocking the Beatles', "Saw Her Standing There" -- and she played a pretty strong rhythm guitar, while Paul played bass. If only Fallon had some drumsticks.

And now Taylor and Kanye have one more thing in common. 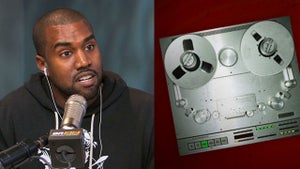 Kanye West -- Hell Is Gonna Get Really Cold ... Thanks to Taylor Swift