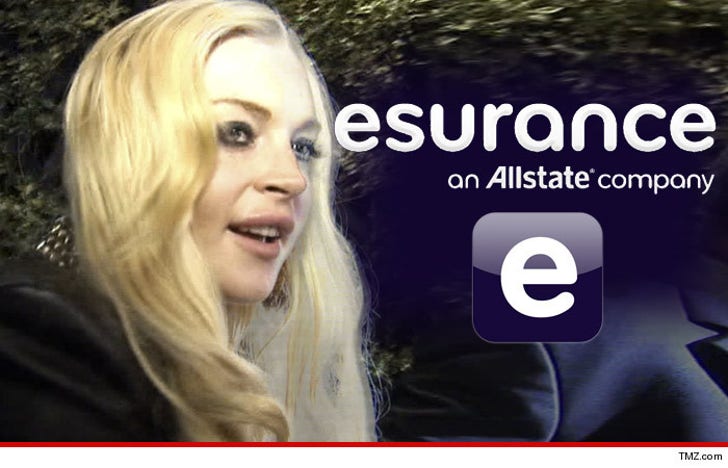 Lindsay is in the hot seat for some of her community service hours performed with London-based CSV, after prosecutor Terry White scoffed at the credit LiLo received for meeting with audience members after her London play. White also complained that Lindsay got credit for "work shadowing experience," where kids followed her around London. Problem was ... at the time she wasn't even working.

Well now TMZ has learned Lindsay contacted Esurance -- which featured LiLo in a Super Bowl ad -- and lobbied the company last Friday to give $10,000 to CSV.

We've learned Lindsay told Esurance execs she's been doing volunteer work for CSV lately because she likes what the org does for poor kids, and that's why she asked for the donation.

Our sources say last Saturday Esurance agreed to give CSV the $10K.

The problem ... Lindsay's due back in court Wednesday because the prosecutor has challenged her community service. It's possible the judge could ask CSV for more info about Lindsay's community service and the money could taint the legitimacy of CSV's response.

Lindsay's lawyer, Shawn Holley, says, "TMZ has stooped to a new low. To take Lindsay's positive efforts in supporting CSV and turn them into something negative simply to sell a story is offensive." She adds, "Lindsay has been involved in helping to raise funds for this wonderful organization since she started her community service there and she has continued her work as a volunteer, even though her community service was completed weeks ago." 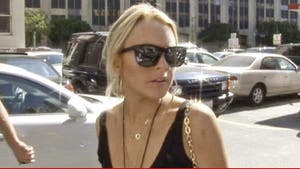 Lindsay Lohan -- I Showed Troubled Youth The Right Path ... and I Got Credit!