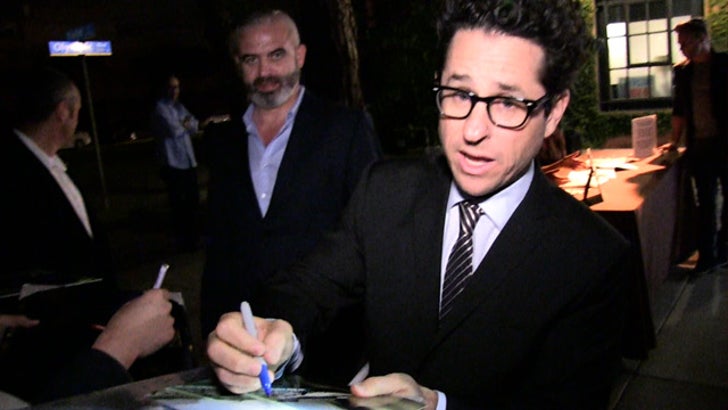 A short time ago in cyberspace not so far away ... nerds were up in arms over the new lightsaber seen briefly in the "Star Wars: The Force Awakens" trailer -- but the movie's director says he's got saber support from Hollywood's biggest nerd.

J.J. Abrams was on his way out of Bad Robot's studio ... when he told our photog he's not surprised at the cross-saber backlash -- but he also knew lots of fans would think it's cool.

In case you don't know, the hubbub is over the practicality of the design -- it seems like the sword could easily cut anyone using the Jedi tool.

But Abrams says one celeb nerd with major pull already gave him two wookiee thumbs up. 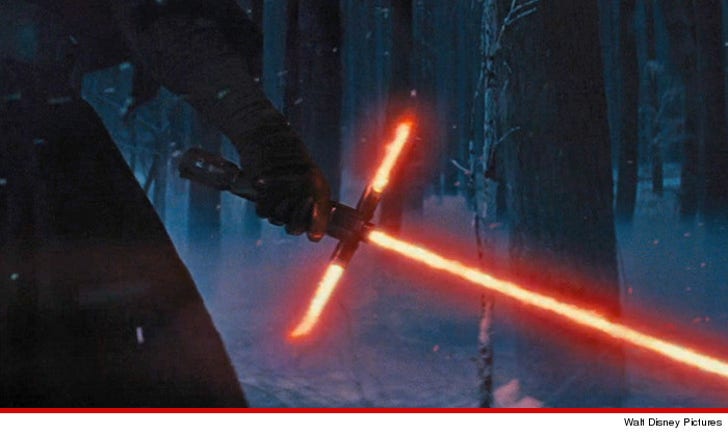 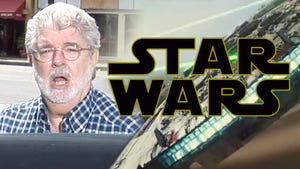 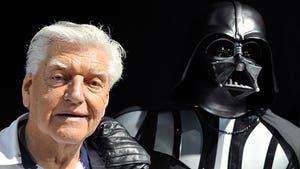 Darth Vader -- Luke, I Have Dementia