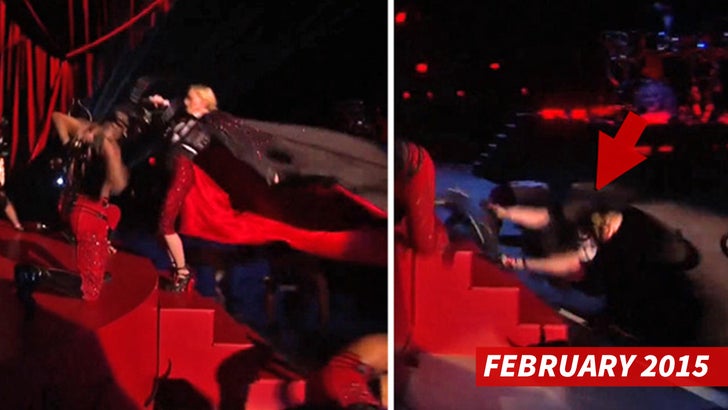 Madonna was horse collared and yanked off a riser onto a stage feet below ... all at the hands of a backup dancer.

The singer was performing Wednesday night at the Brit Awards in London, wearing an Armani cape with her back to the audience. The plan was for the backup dancer to dramatically pull the cape off of her as she revealed a sparkly outfit.

But before the pull Madonna was supposed to untie the cape strap around her neck. It was tied too tight and before it could be undone the backup dancer did his thing, pulling Madonna backwards neck first onto the stage.

She took a minute to collect herself and then went on performing.

It's the first time in 20 years Madonna performed at the Brit Awards.

Good bet it will take another 20 to get her back. 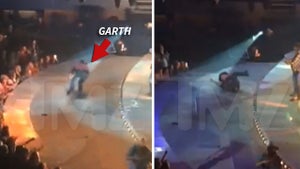 Garth Brooks -- The Thunder Rolls ... But Not As Much As Me (VIDEO) 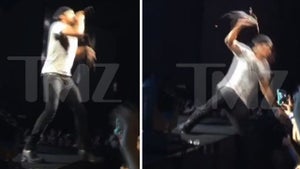