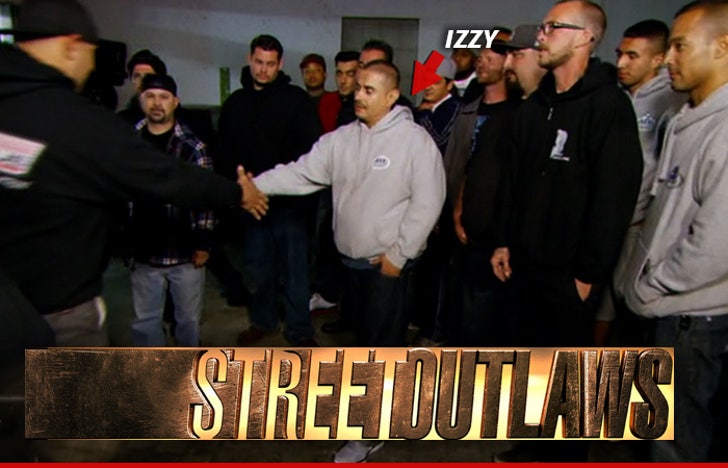 Izzy Valenzuela -- who appeared on the Discovery channel show "Street Outlaws" -- was arrested Thursday and charged with two counts of murder for his role in a street racing accident.

According to the L.A. County D.A.'s Office, Valenzuela was racing another man, Michael Gevorgyan, on February 25 when Gevorgyan lost control of his car and crashed into a crowd.

Two people in the crowd died and a third was injured.

Los Angeles has strict street racing laws, which is why Valenzuela is being charged even though his car didn't kill anyone. He's currently in jail, and prosecutors want him held on $2 million bail.

If convicted, Valenzuela faces 33 years to life in prison.

TMZ spoke to Valenzuela the day after the fatal street race -- we had a tip he might have been involved, though he claimed he'd been at his auto shop that night ... and wasn't involved.