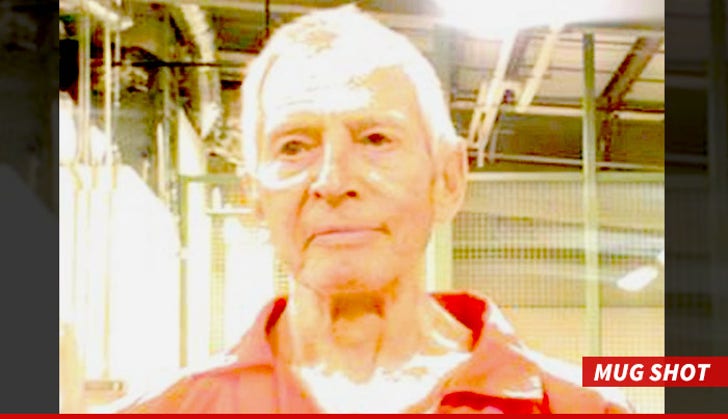 Robert Durst -- the man suspected in 3 murders -- may have let his thirst for the spotlight get the better of him, because he's been arrested for a murder profiled on "The Jinx", the show chronicling his crazy life.

Durst was nabbed in New Orleans Saturday for allegedly murdering his friend, Susan Berman. Authorities believe he killed Berman because she knew something about the mysterious death of his wife Kathleen, who disappeared in 1982.

Susan was murdered in 2000. Two days after her death LAPD cops received a letter from someone telling them where Susan's body could be found. Cops now say they've linked the letter to Durst.

The case went cold, but the LAPD reopened it after the HBO show, "The Jinx: The Life and Deaths of Robert Durst," began airing. Durst participated in the show, and there was an air that he got away with something.

Durst has been this route before. He was tried for the murder of a Texas neighbor in 2001, but he was acquitted after claiming self-defense. He claimed he shot the neighbor in the forehead accidentally during a struggle. Durst cut the body apart and dumped it in a bay. The body parts were retrieved in bags, but the head was never found.

Durst's lawyer says he will not fight extradition and will fight the most recent charges.