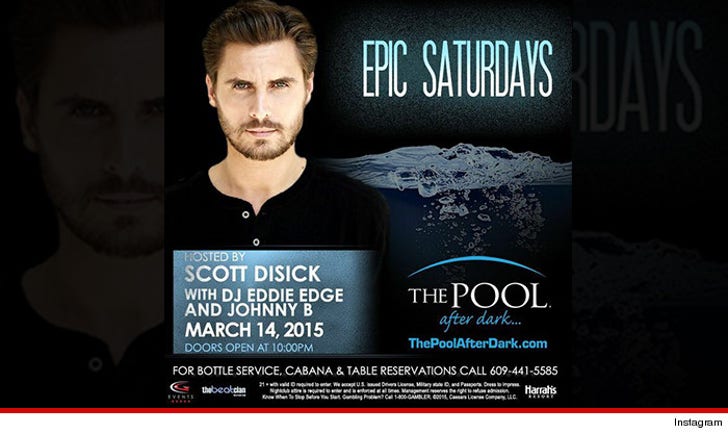 Scott Disick was found stumbling around drunk the morning after a tequila-soaked club appearance in Atlantic City ... TMZ has learned.

Talk about a long night ... according to hotel sources who were dealing directly with Disick ... Scott was incoherently staggering around the Harrah's lobby without his shoes at 8 AM Sunday, and had to be escorted back to his room by a hotel supervisor.

When Disick arrived at the club Saturday night he immediately grabbed the mic from the DJ, and screamed London can suck his "d*** and balls." Our hotel sources say he then proceeded to get trashed on tequila and beer, and hosed down girls with champagne.

Sunday morning hotel security was sent to check on him after he missed his check-out time by 6 hours and multiple failed attempts to reach him.

The good news? He missed his flight, but still somehow managed to make an appearance in Chicago Sunday night.

We reached out to Scott and his reps for comment ... but no word back. 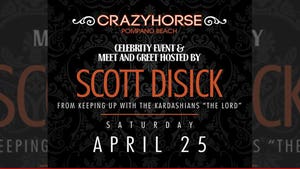 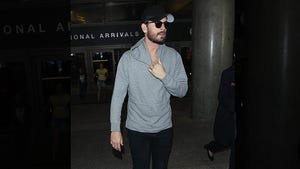 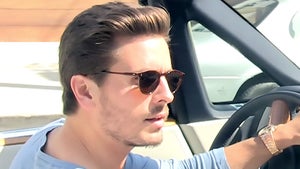