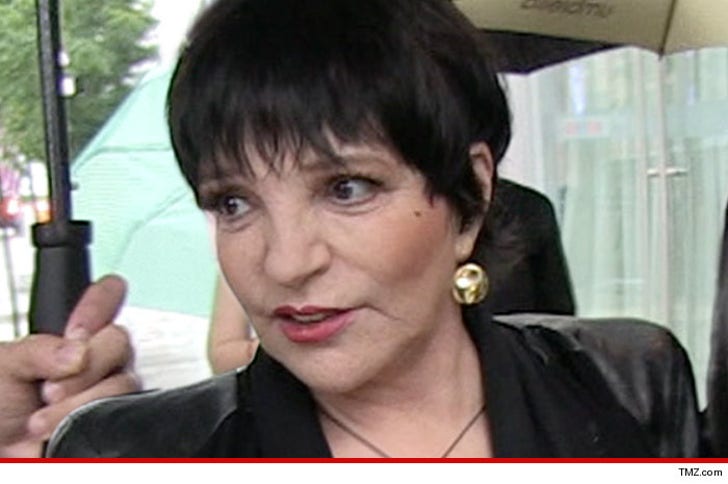 Liza Minnelli is getting treatment for substance abuse in a Malibu rehab facility ... TMZ has learned.

A rep for Minnelli confirmed the legendary singer and actress is making "excellent progress" in the treatment center.

We're told 69-year-old Liza's been in the facility for several days, and her main issue is alcohol.

She's been in rehab multiple times ... most recently in 2004. As the rep put it, "Liza has valiantly battled substance abuse over the years." Of course, her mother Judy Garland also battled addiction most of her life, and ultimately OD'd in 1969.

Liza was offered half a million back in 2010 to do the reality show "Celebrity Rehab." She passed on the offer.