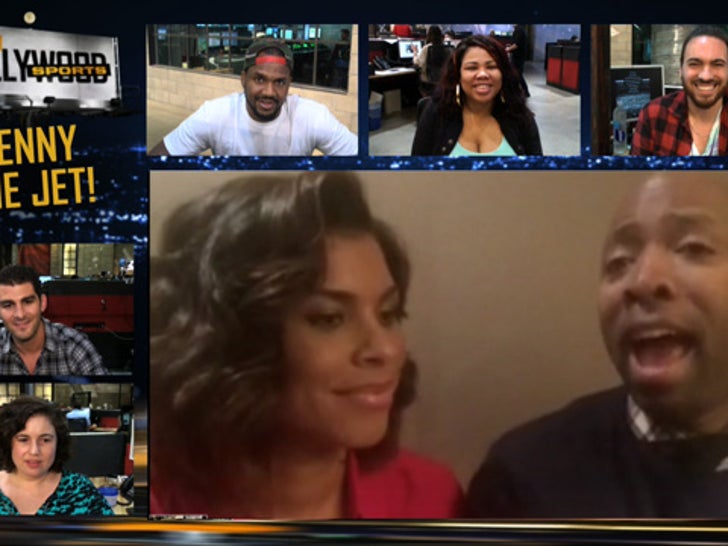 Kenny "The Jet" Smith says he's not exactly going to honor his former UNC coach's last wishes ... 'cause even though he got Dean Smith's $200 check, he refuses to spend the money.

You know the back story, the legendary basketball coach directed his estate to send $200 to all of his former lettermen after his death -- instructing the guys to have one last dinner on him.

But when Kenny -- who played for Smith in the '80s -- appeared on "TMZ Hollywood Sports" on Wednesday, he told us he can't bring himself to spend Dean's cash ... it's going in a frame.

Instead, Kenny says he's planning an event during the Final Four in Indianapolis this weekend -- gathering a bunch of ex-Tarheels for a special tribute to the the man he considers the greatest college coach of all time. Pretty cool.

BTW -- the hot lady with Kenny is his wife Gwen ... his co-star in their upcoming reality show. "Meet The Smiths." The two of them dish about the series on "TMZ Hollywood Sports" tonight on Reelz.