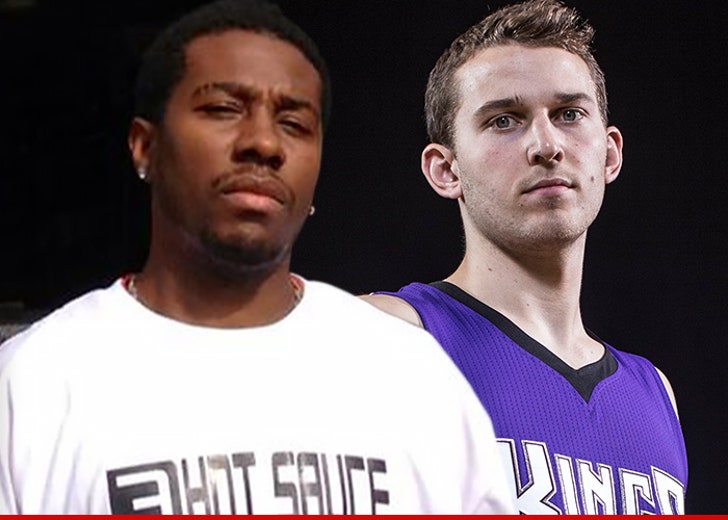 Nik Stauskas' "saucy" new nickname ain't flyin on the streets -- with an AND1 streetball legend telling TMZ Sports ... the sauce nickname's like "Highlander" -- THERE CAN ONLY BE ONE!!!!

The guy with the grudge is Philip Champion -- aka "Hot Sauce" from all those baller mixtapes back in the day.

Mr. Sauce says he heard about Nik's new moniker, "Sauce Castillo" -- and he's got a real problem with it.

"Everyone knows me as Hot Sauce. 2 Chainz shouted me out in one of his verses. I've been in a Mountain Dew commercial. I've been in movies. Ballers around the league know I'd have a problem with this."

Of course, Nik got his nickname due to a closed captioning error -- but the Sacramento Kings are running with it ... even doing a "Sauce Castillo" night where all fans will get free hot sauce!!!

"At first, I could deal with them calling him 'Sauce' ... But now that they're associating him with "Hot Sauce??" I got a real problem." 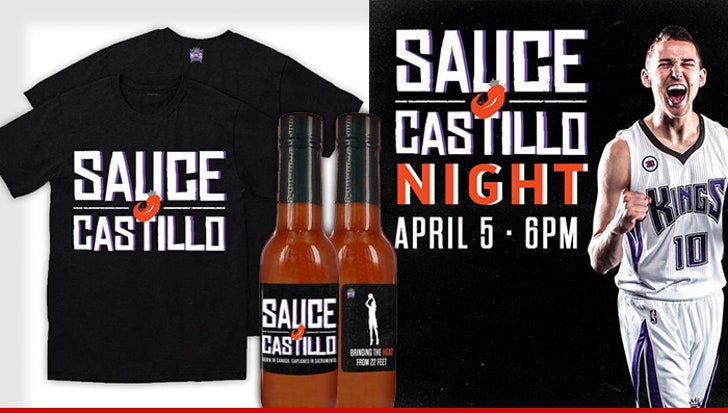