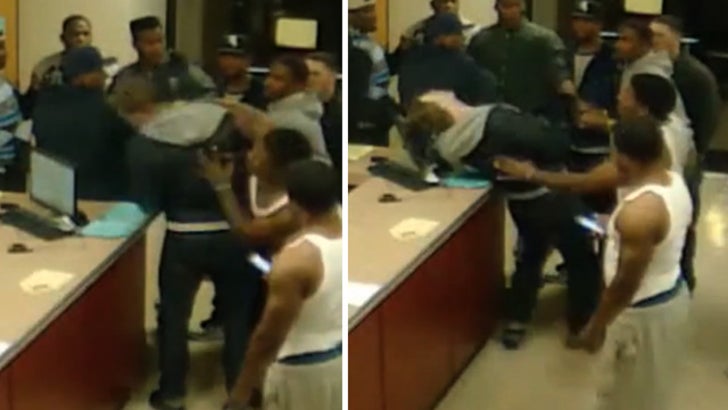 University of Kentucky QB Drew Barker was SOCKED HARD and knocked to the ground ... in a brutal sucker punch attack in the lobby of a university dorm ... and the attacker was a former UK player.

It all went down on the campus of Eastern Kentucky University on January 25th -- after 3 UK players got into a bar fight with a member of the EKU football team earlier that night.

19-year-old Barker and some of his teammates went over to the EKU dorm -- where EKU lineman Patrick Graffree entered the dorm, took off his shirt ... and clocked Barker in the side of the head.

Police investigated the incident ... but shockingly, no one was prosecuted.

By the way, Kentucky plays Eastern Kentucky in October.