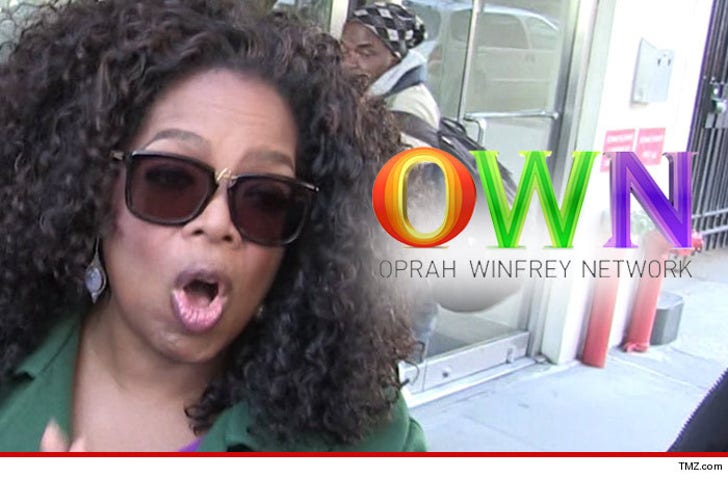 You get a lawsuit, and YOU get a lawsuit ... the Florida couple who thought they could pull a fast one on OWN by pretending they were Oprah Winfrey's assistants, employees and even family members are about to find out in court why that was a very bad idea.

According to the lawsuit Justin Jackson and alleged accomplice Angel Agarrat pretended to be tight with Oprah in order to scam businesses like Converse, Pandora and Tory Burch out of thousands of dollars in merchandise, and that's just the start.

A new lawsuit filed by OWN claims the couple would send letters with Oprah's forged signature to businesses to secure merchandise. The suit claims the goods were for Oprah's coveted holiday special.

The couple also allegedly peddled fake letters of recommendations to get hired at several swank Miami hotels, including the Fontainebleau.

OWN claims their big mistake came when they tried to score free tix to see O at American Airlines arena, posing as Johnny Depp's management team. Jackson called OWN to get the tickets, but Oprah's people wanted to know who was picking up the tickets. Jackson sent a pic of him, which allowed them to ID and finger him.

Jackson apparently has a history ... in 2007 he pretended to be Madonna's manager and scored nearly $2.4 mil in jewelry -- before being busted and convicted of felony grand theft.

OWN wants a judge to order them to stop, STAT!