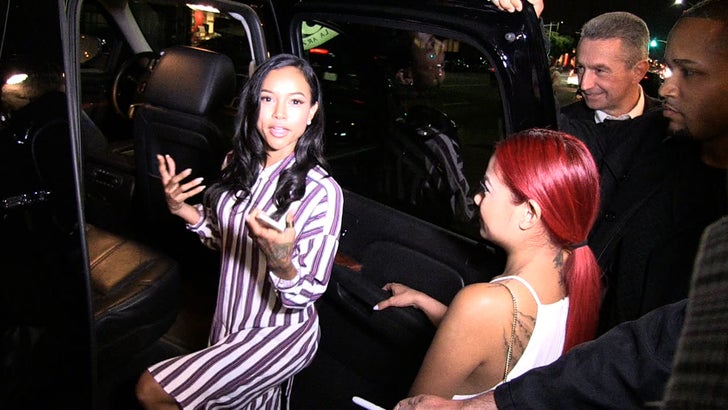 Gotta hand it to Karrueche Tran ... girl dreams big -- on the heels of getting a tiny taste of Hollywood's award season she's already eyeing an Oscar-winning career.

Karrueche was leaving a party for "The Bay" -- the online soap opera she's on, which just got a Daytime Emmy nomination -- and we asked where she saw her career going.

Mind you, Karrueche did NOT get an Emmy nomination, only the show did -- still that's not stopping her from aiming high. And this is weird ... but Karrueche's not even sure Halle's her fave actress.

Check out who's in the running.