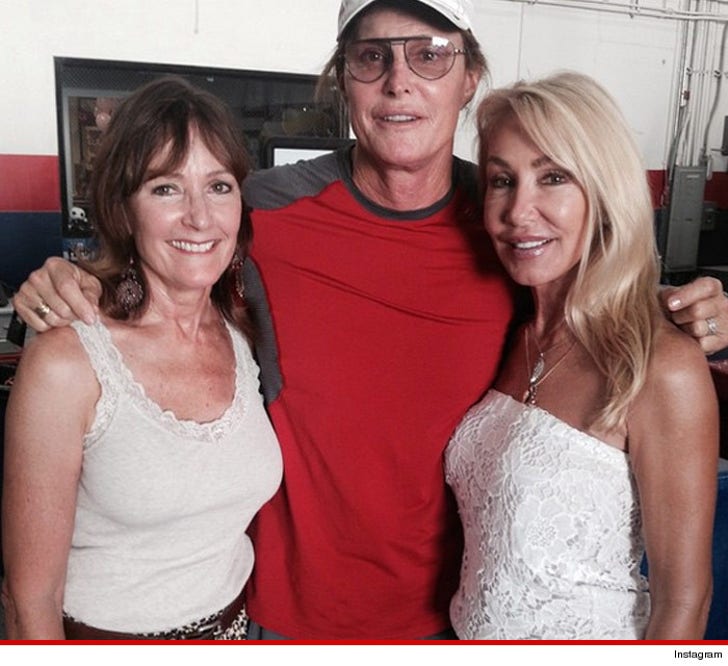 Bruce Jenner got support from 2 of his ex-wives as they watched the west coast feed of the Diane Sawyer special, but if you think Kris Jenner's absence is meaningful, you'd be wrong.

Linda Thompson, Bruce's second wife and former GF of Elvis, belatedly posted the pic for an op-ed piece she had posted hours after the interview aired. Thompson is writing her memoir and she included intimate details about her marriage to Bruce in the piece.

The pic also features first wife Chrystie Crownover, who was married to Jenner when he won gold in the Olympics. They all watched the west coast feed at daughter Casey's house.

The reason Kris isn't in the pic ... her family and Bruce all watched the east coast feed of the special 3 hours earlier. 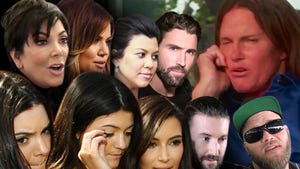 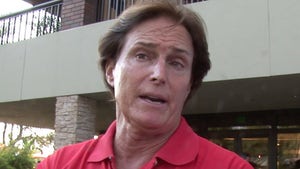 Bruce Jenner -- Docuseries Both Serious and Humorous ... Learning to Golf with Breasts 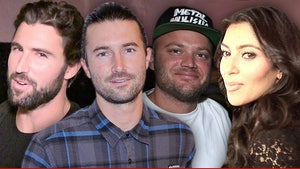