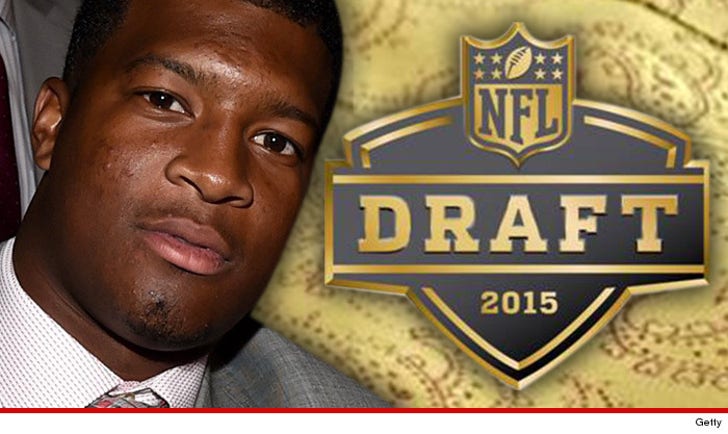 Jameis Winston is going to look like a million bucks when he makes his first million bucks ... 'cause TMZ Sports has a sneak peek of Winston's draft day suit ... and it's pretty freakin' fly.

Winston -- the projected #1 pick -- is going to strut around his Alabama draft party in a custom suit made by L.A. based clothing company elevee.

We spoke to Percy Knox, elevee honcho, who tells TMZ Sports ... Jameis called the plays when it came to his suit ... designing the color scheme around the yellow Nike kicks he plans to rock tonight. 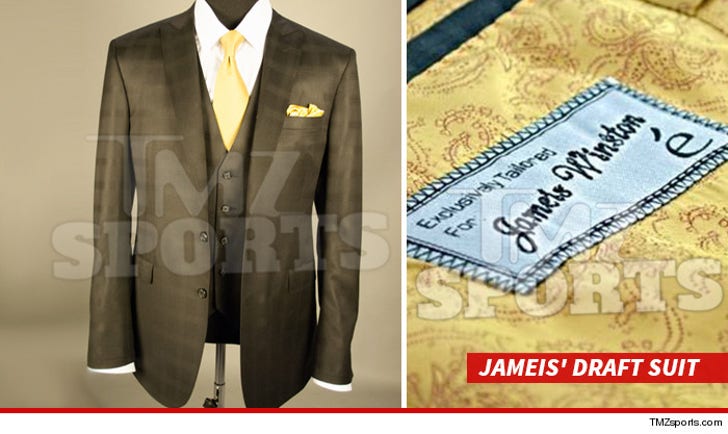 Knox tells us ... after Winston was measured, the bespoke suit didn't take long to create ... "We did it in less than a day."