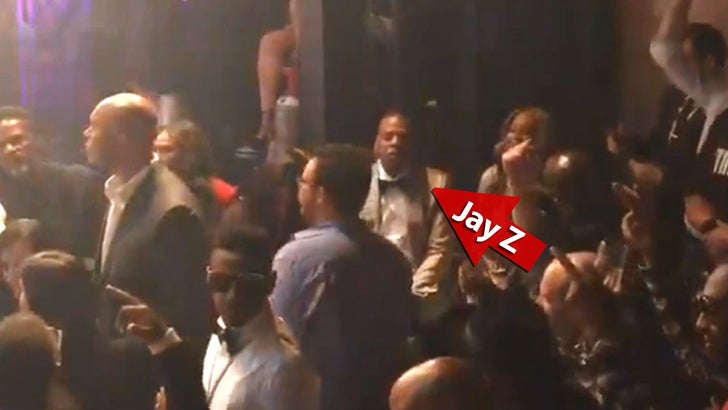 Nobody was feeling Jay Z's after party in Las Vegas the way he was -- and that's a good thing ... 'cause from the looks of It Jay just wanted to be somewhere else.

He and Beyoncé held court at their own table right on the dance floor -- but while the DJ was trying to get the crowd going, Jigga seemed to be dreaming ... of laying his head on his pillow.