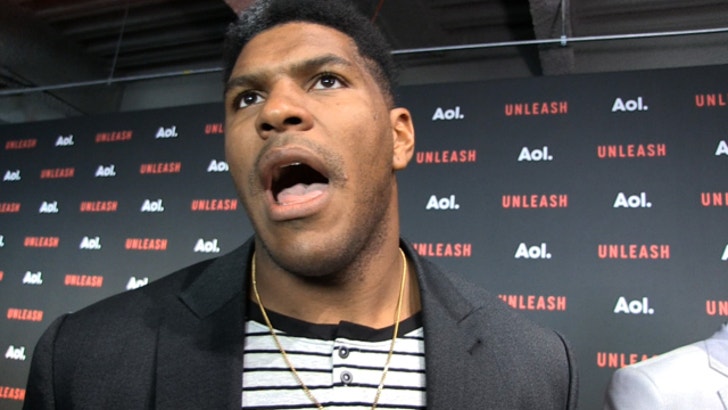 Jacksonville Jaguars tight end Julius Thomas is a tough guy -- but could he survive in the wild if was forced to go on that show "Naked & Afraid?"

The NFL stud says he THINKS he hang on the survivalist show for about 3 days -- but then he'd be toast.

FYI -- "Naked And Afraid" is basically a nude version of "Survivor" where contestants are dropped in the middle of nowhere and left to fend for themselves ... without a stitch of clothing on.

Check out the clip -- Julius doesn't seem to think that his NFL toughness would come into play out in the wilderness ... saying he'd be out of the competition before you can say "chaffed balls."