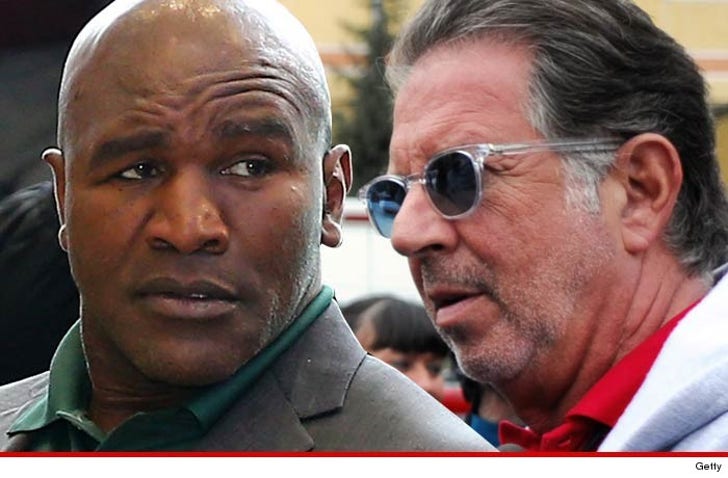 Evander Holyfield is in serious danger of losing his 1998 Father of the Year Award ... and it's all because he allegedly defaulted on a $600,000 loan to a famous business mogul.

The man suing Evander is Yank Barry -- the CEO of VitaPro Foods. He's also a musician who wrote the song "Christmas Time Again" for a 1977 Engelbert Humperdinck album.

Barry claims Holyfield never paid back the full amount of the loan -- so, he's entitled to the rest of the debt plus fees and other costs (which adds up to $471k) ... PLUS he wants to collect the collateral, which is currently being held by a 3rd party.