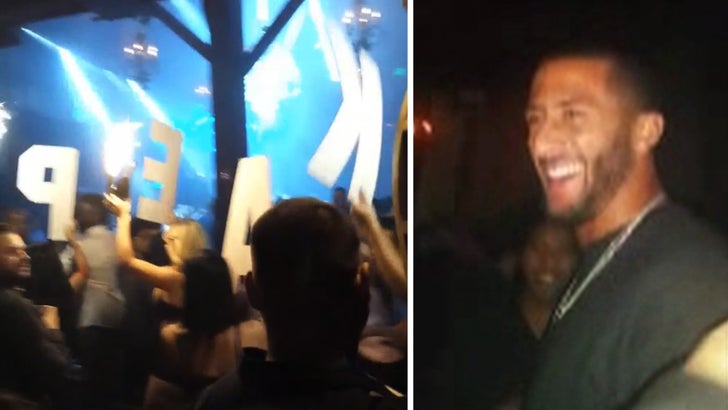 Colin Kaepernick clubbed his face off in Seattle this weekend ... but don't worry 49ers fans, he didn't take a single sip of booze ... instead, he gave away all of his expensive bubbly to a bachelorette party ... TMZ Sports has learned.

It's a pretty great story ... Kaep was contacted by the people at Aston Manor nightclub when they heard the QB was in town ... and they invited him as their VIP guest for Friday night.

The club rolled out the red carpet for Colin -- and hooked him up with 3 bottles of expensive champagne -- 2 bottles of Dom Perignon ($550 each) and Moet Rose Imperial ($300).

But since Kaep is in training mode -- and staying alcohol-free ... we're told he instructed the club to pass the bottles to a bachelorette party that happened to be celebrating in the same V.I.P. area.

We're told the girls were pumped -- and everyone had a great time.

Sources inside the club tell us, "[Colin] was super nice and friendly and stopped and took pictures with dozens of people." 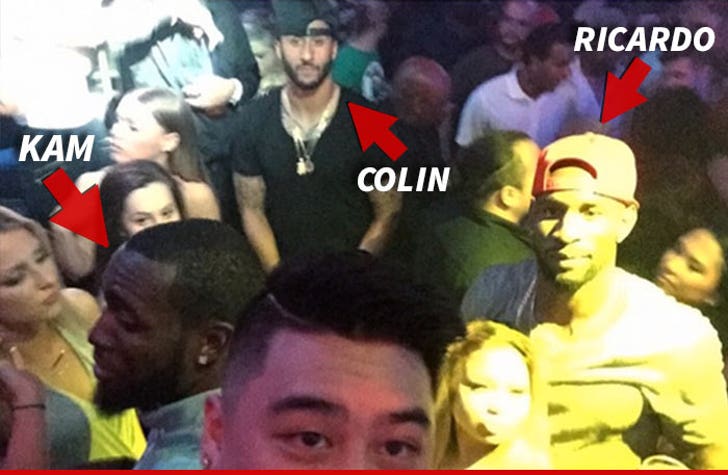