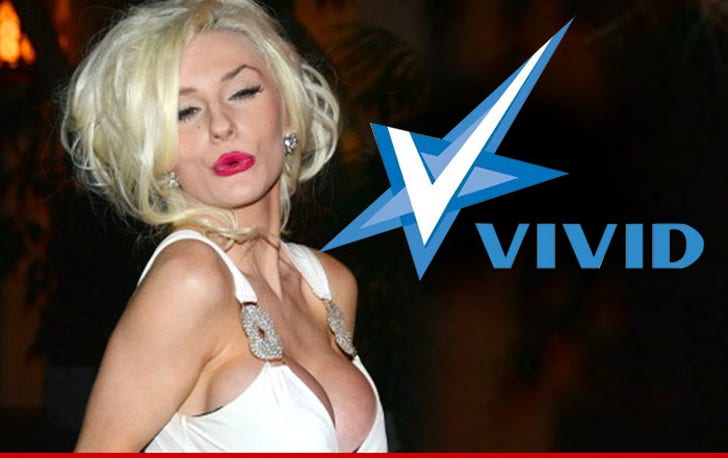 Death, taxes, O.J. did it ... and Courtney Stodden agreeing to release her sex tape -- all stone cold locks.

Yes, in the least shocking news since the sun coming up ... Stodden is accepting Vivid Entertainment's offer to distribute her solo sex tape, but says she's only doing it because she got screwed -- and not on camera.

Stodden tells TMZ one of her best friends stole the tape and made several copies, and ... "made it clear that he will stop at nothing to double-cross me." Stodden says she's releasing the video because, "I've been painted into a corner."

Of course, it couldn't legally be released without her signature, but maybe she was worried about Internet leaks?

Now the twist ... Courtney claims she doesn't want a dime of the $1 million -- so she's donating 100% of her fee to charities. She hasn't decided which ones yet, but says she's leaning toward animal rights groups and "children with cancer."