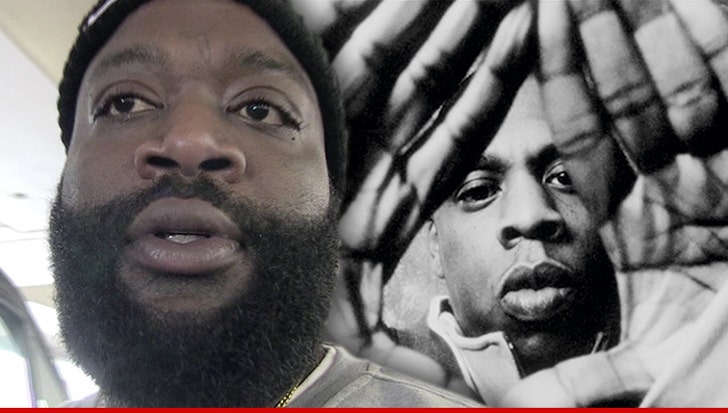 Rick Ross may be tight with Jay Z, but that doesn't mean he can go using pics of Jay wherever he wants ... according to the photographer who says Rick jacked his work -- for about half a second!

Rick just got sued by a photog named Armen Djerrahian, and in the docs he says he took a pretty famous photo of 'Hova back in 2003. The image shows Jay throwing up the roc -- the popular hand gesture representing his label ... Roc-A-Fella Records.

Djerrahian says the shot popped up in Ricky Rozay's new music video for his song, "Movin' Bass" .. which features Jay Z. We checked, and he's right ... it does -- but only in a montage highlighting Jay's success.

It's on-screen for fractions of a second, but those milliseconds could cost Rick and his label, Def Jam. Djerrahian's suing for all the profits they made off using the Jay Z image, and a court order to block them from further use. 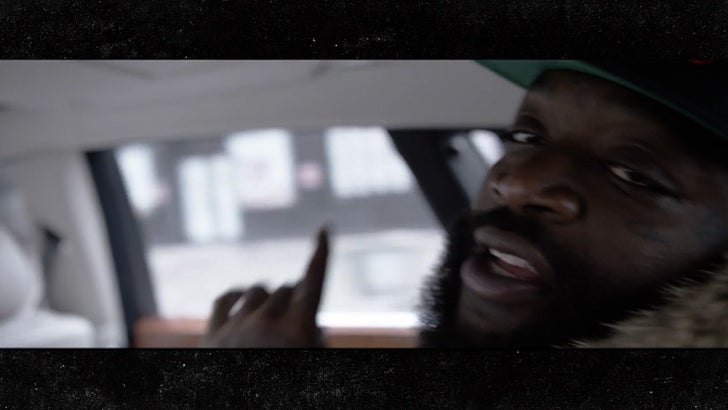