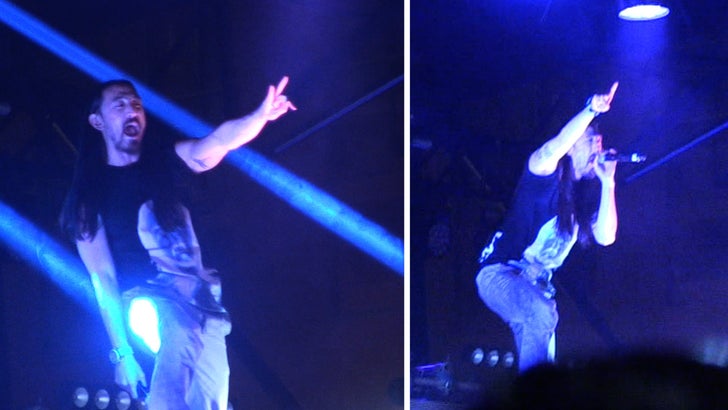 Steve Aoki made a weird appearance Saturday ... screaming his lungs out onstage just days after he announced he was cancelling European appearances because of a large nodule on his vocal cord.

Steve threw a huge concert Saturday on the streets of downtown L.A., celebrating the release of his new album, Neon Future II.

He doesn't seem to have a problem with his pipes, which is surprising since he said he was canceling the 5 performances so he could have surgery.

Given the diagnosis, doesn't seem it's just what the doctor ordered. But it's awesome.

Steve Aoki You Might Want to Rethink Nurse! Music