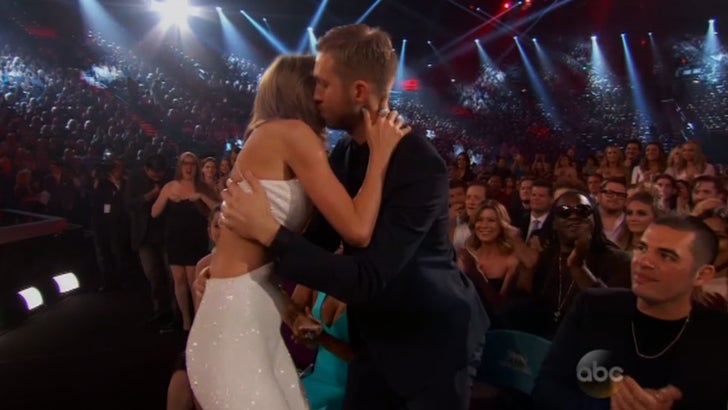 Taylor Swift and Calvin Harris are a lot closer than expected at the Billboard Music Awards -- and he got the full GFE after she won an award.

Ok, Calvin wasn't the first person she hugged after winning Top Billboard 200 Album -- but he IS the only one who got an extended hug combined with a neck snuggle. They haven't exactly been undercover, but this qualifies as a full couple coming out.

As we showed you earlier ... the seating chart called for Taylor to sit with 2 friends between herself and her BF. Nice decoy, T Swizzle.