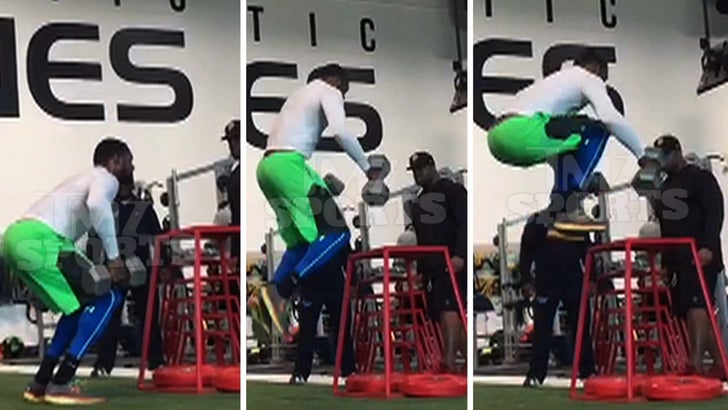 TMZ Sports obtained footage of Baylor's famous 6'9" 280 pound defensive end getting in some hardcore strength training in Vegas -- and it's pretty impressive.

Oakman hit up the exclusive Athletic Gaines training center on Tuesday -- and worked out with Travelle Gaines, who's trained some of the best athletes in the world ... including Reggie Bush, Andrew Luck, Marshawn Lynch and LeSean McCoy.

We're told Oakman began the training session with light weights ... and moved up ... with Shawn capping out with the 70 pounds dumbbells.

Oakman will be a senior at Baylor next year ... and some experts think he could be the #1 overall pick.

Keep your eye on this dude. 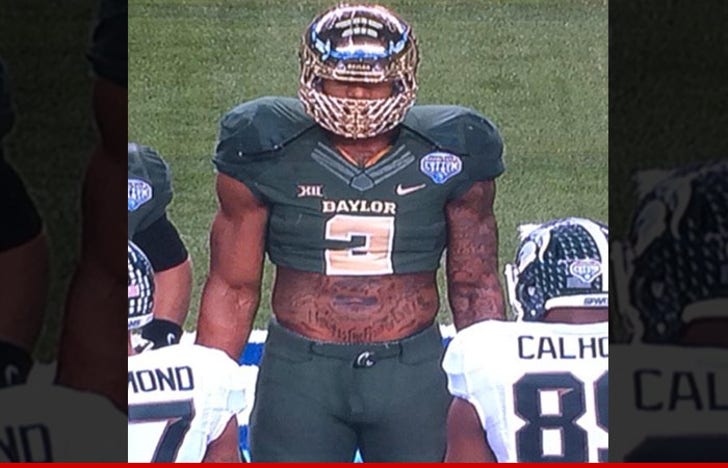