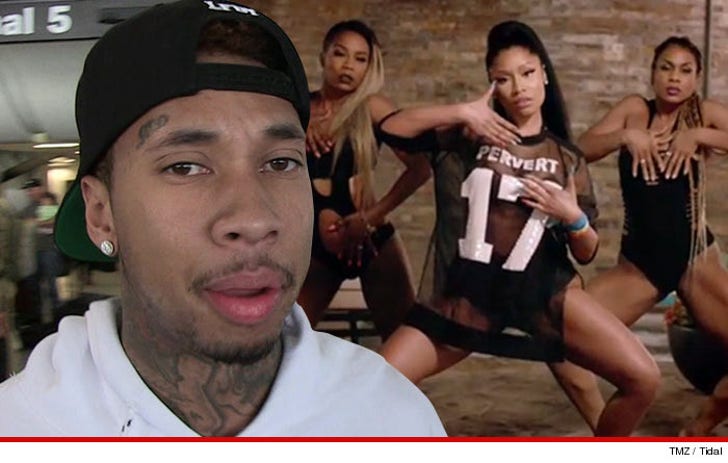 Nicki Minaj killed two birds with one ridiculously expensive stone -- a $1700 couture jersey with the words "Pervert 17" on it -- which looks like a direct shot at her label mate Tyga.

The lacy Givenchy top also came in handy for Nicki's wardrobe in the "Feeling Myself" music video with Beyonce, but considering her bad blood with Tyga ... a lot of people think it's also not-so-subtle commentary about his 17-year-old girlfriend, Kylie Jenner.

Tyga and Nicki have had beef since last year when he said he was pissed he had to work with Nicki and Drake ... just because they're all signed to Young Money.

Luckily, for Nicki .... we're betting her label picked up the tab.