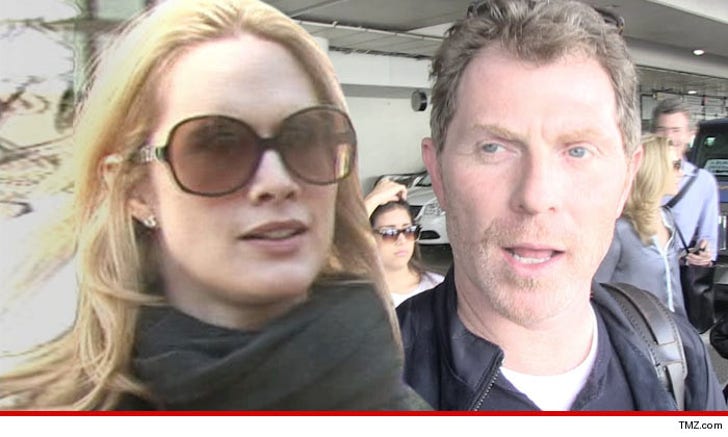 Bobby Flay's ﻿estranged wife claims she was the famous chef's secret sauce ... that nothing went on a plate in his restaurant unless it passed her taste test.

We've learned Stephanie March has filed legal docs to set aside their prenup, claiming in part it's unconscionable to enforce an agreement that leaves her with table scraps when she's the reason he became wildly successful.

She claims Bobby told her she has "an amazing palate" and relied on her to taste test his recipes. She says she sampled a number of items at their home and gave thumbs up and down, which led to the finished product. She specifically cites Bobby's NYC restaurant, Bar Americain.

We're told in her argument to the judge she zeroes in on Bobby's famed NYC restaurant, Bolo, (which, ironically, didn't last). Stephanie says during a vacation to Spain she pushed him into including tapas on the menu -- something she says he was against. But Stephanie says she prevailed, and the restaurant became an enormous success, earning 3 stars from the New York Times.

Stephanie says she was also heavily involved in the design and ambience of all of Bobby's restaurants, right down to music and lighting.

Stephanie is trying to undo the prenup, which provides her with $5k a month. She'd also get around $1 million as a buyout for the family home.

We're told Bobby is firm ... his business is successful because of him, not Stephanie.