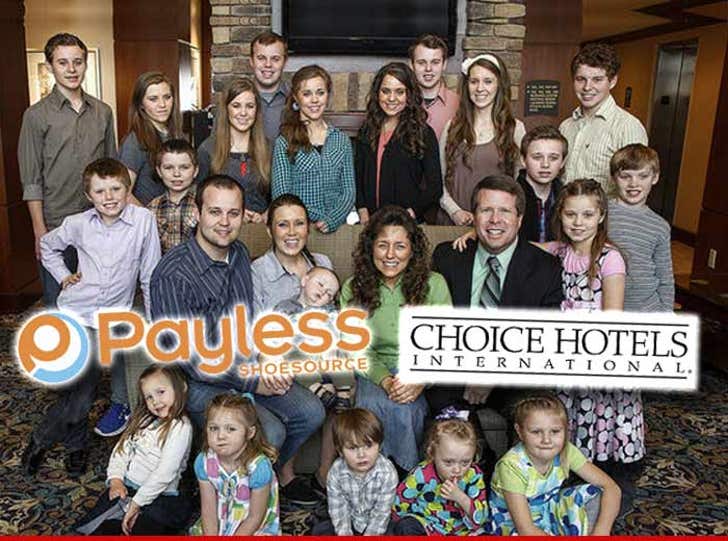 3:20 PM PT ﻿-- Walgreens just officially pulled the plug on its ads saying, "In the wake of recent news, we are no longer advertising on the '19 Kids and Counting' program."

Payless ShoeSource and Choice Hotels both say they're cutting ties with all future episodes of the TLC program.

Several customers voiced complaints to Payless and the company responded by saying, "Our ads ran during this show as part of a larger buy w/ TLC. We are taking steps to have them removed from future episodes." Choice Hotels said, "We have decided to remove our advertising from the show."

Walgreens, another major advertiser with TLC, posted a response saying that they were continuing to monitor the situation.