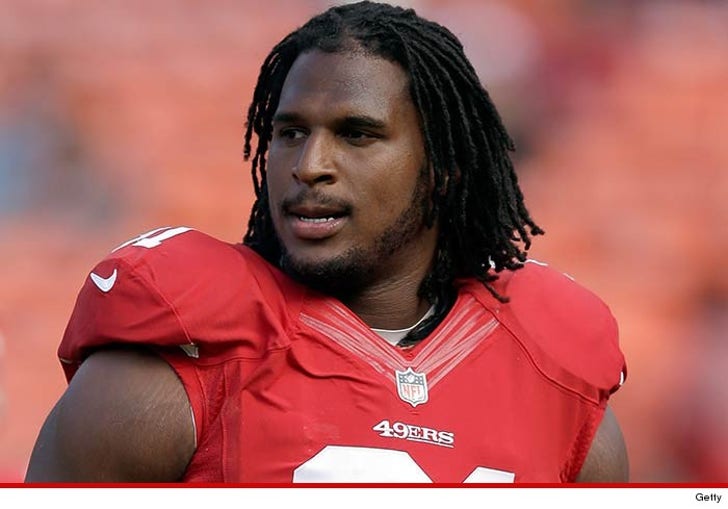 Former NFL linebacker Ray McDonald burst through his ex-fiancee's bedroom door in a drunken early morning rage, threatening her and their baby boy hours before his first arrest last week -- according to new docs filed by the woman.

Kendra Scott filed for a restraining order in the wake of McDonald's 2 arrests last week. In her docs, she lays out her version of what went down on May 25 -- saying the ex-49er showed up at her apartment at 3 AM. She says he was drunk when he "broke down her bedroom door by breaking the knob."

Scott says she grabbed their 2-month-old son and then Ray cornered them and got physical. She doesn't say exactly how he attacked her.

In the docs, she repeatedly raises alcohol as an issue for McDonald, saying she became "concerned he had a drinking problem." After their engagement in Feb. 2014 ... she says he frequently called her an "ignorant bitch" and a "lazy bitch" if she didn't clean up after his parties.

Scott says the physical attacks increased, and then in August 2014 it got really bad when he came home drunk, choked her, dragged her, and kneed her in the stomach ... while she was pregnant. As we previously reported ... this is the incident that led to McDonald's first arrest.

No charges were filed in that case because Scott didn't cooperate with the D.A. In the docs, she says she hoped he would change.

Scott was granted the restraining order this week, and it requires McDonald to say 300 yards away from her and the baby. He also cannot have any contact with her.

McDonald was previously under an emergency protective order, following the May 25 arrest ...and was arrested 2 days later for violating that order.