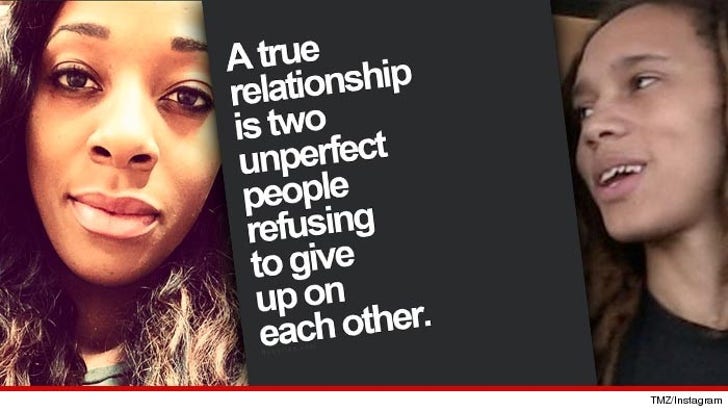 WNBA player Glory Johnson made a public plea to estranged wife Brittney Griner -- hours after Griner filed to annul their marriage -- and then apparently decided, screw it ... and took it back.

Glory posted a popular Internet meme about true relationships and "unperfect" partners not giving up on each other. It seemed like she was extending an olive branch to Brittney -- but then she deleted the post within the last hour or so.

TMZ Sports broke the story ... Griner shockingly filed annulment papers on Friday, less than a month after they tied the knot.

Johnson, who just announced she's pregnant, told us she was blindsided by the move.