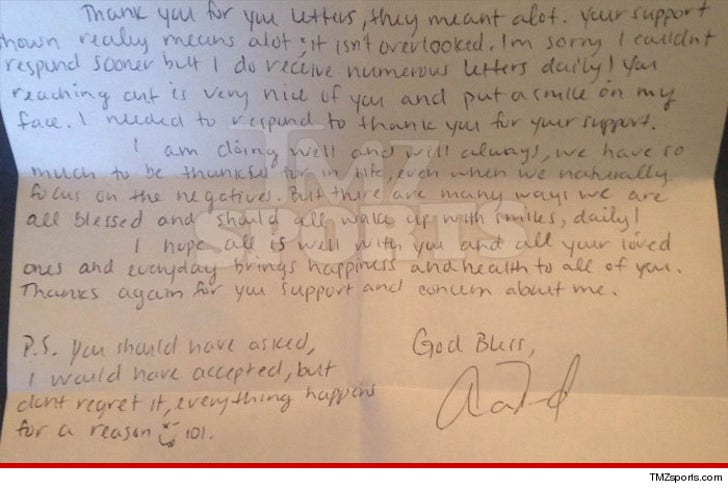 Despite the fact he's already been on suicide watch AND involved in a prison fight, convicted murderer Aaron Hernandez says he's "doing well" in prison ... and gets tons of fan mail.

TMZ Sports obtained a hand-written letter the ex-NFL star sent to a female pen pal ... in which he starts off by apologizing for the delayed response.

"I'm sorry I couldn't respond sooner but I do receive numerous letters daily!"

He continues -- very politely we might add -- to explain how he's handling life in one of the most high tech maximum security prisons in the country.

"I am doing well and will always, we have so much to be thankful for in life, even when we naturally focus on the negatives."

The woman who wrote the letter says she hinted that she wanted to visit Hernandez behind bars ... to which Aaron responded, "You should have asked, I would have accepted, but don't regret it, everything happens for a reason ;) lol" 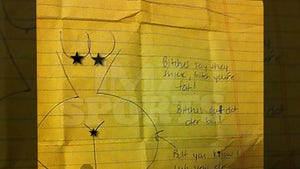 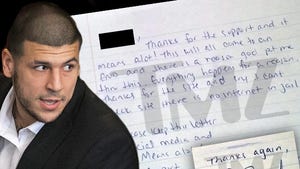