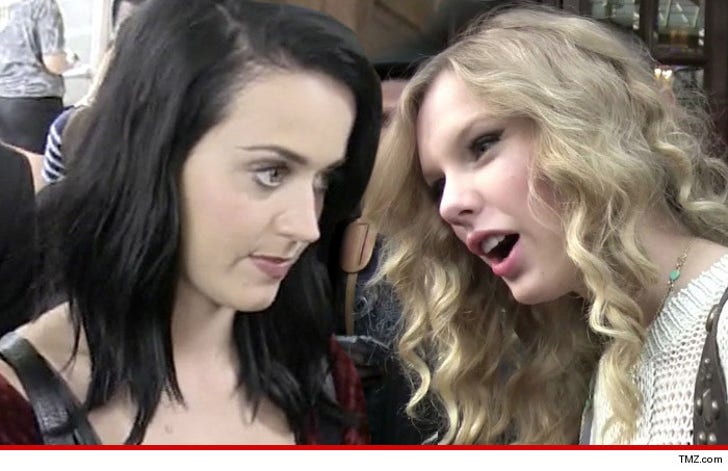 We now know how Katy Perry's name ended up on the official registration of a song the media claims is a hit piece targeting Taylor Swift ... Katy had nothing to do with it, but a producer who once worked with her did.

The song -- "1984" -- was registered with BMI last September. When you go to the BMI site, it lists Katy as the artist and 4 producers/songwriters, including Dallas Austin and a guy named Andreas Carlsson.

The reason everyone's interested in the prospect of such a song ... Taylor got pissed off at Katy last September after 3 of Taylor's backup dancers bailed on Taylor to do backup for Katy. We broke the story ... the 3 dancers had worked with Katy long before and when they signed up with Taylor, they wanted a 30-day out if Katy launched a new tour. Katy had no beef with Taylor, but Taylor was bitter.

So when the story broke that Katy was attached to "1984" (the year she was born) -- a play on Taylor's "1989" album -- everyone thought it was a response to Taylor's song "Bad Blood﻿," which is rumored to be about her feud with Katy.

But here's what we found out. "1984" was actually registered 5 days after we broke the story about the 3 dancers jumping ship. Sources tell us the management company BMG in Sweden registered the song at the behest of Andreas Carlsson. By the way, Carlsson co-wrote "Waking Up in Vegas," which Katy recorded.

Multiple sources familiar with the situation tell TMZ, Katy had no idea Carlsson registered the song.

We're also told BMI is going to yank the song from its registration, probably tomorrow morning.