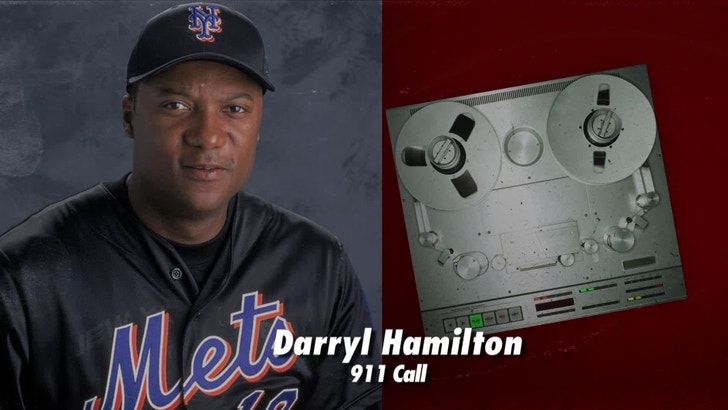 90s Major Leaguer Darryl Hamilton was killed by his girlfriend in what police are calling a murder-suicide -- and right before the shooting ... she begged her ex-husband to call cops.

The 911 call was placed by Monica Jordan's ex Sunday around 4:45 PM outside Houston. He tells the operator Monica sounded distraught, and wanted him to get over to her house immediately.

Monica was living with Hamilton, who retired after the 2001 season ... and had played for the Mets, Giants, and several other teams.

The ex husband said he didn't think there were any weapons in the house. He was wrong. When police arrived they found Hamilton's body with multiple gunshot wounds -- and Monica's body with one self-inflicted gunshot wound.

The couple's 14-month old child was safe in the home.