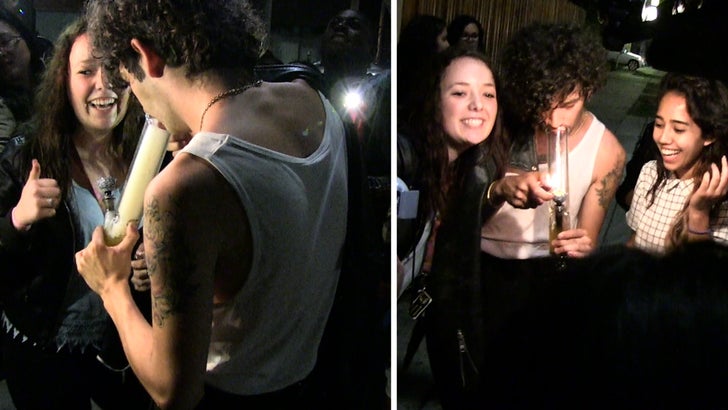 Matthew Healy got an offer he could not refuse outside a restaurant -- a massive bong, packed and ready to go .. so he wasted no time, and immediately lit up for all to see.

The 1975 frontman was leaving The Nice Guy in West Hollywood when a few female fans handed him a glass bong -- 'cause apparently a joint or a pipe would be way too subtle.

Healy wasn't shy either, ripping through the bowl so quickly ... he started looking for ganja refills, and you gotta see how his fans responded.

This is definitely the coolest thing that's happened to Healy since Taylor Swift and Karlie Kloss mashed faces at a 1975 show. 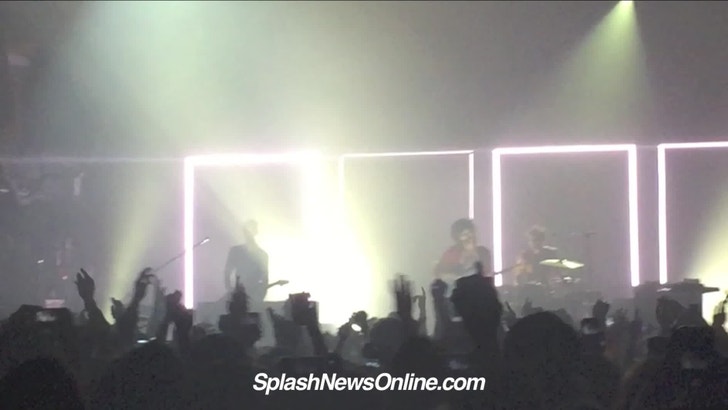 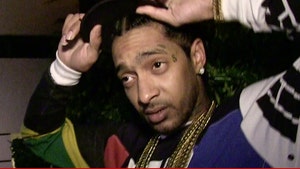