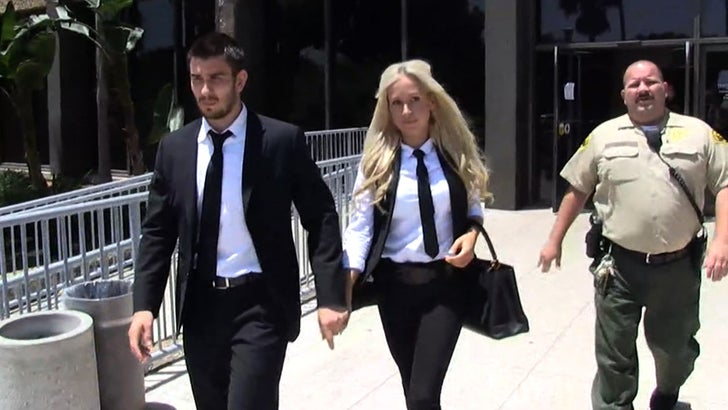 L.A. Kings star Slava Voynov has been sentenced to 90 days in jail in his domestic violence case.

Voynov was initially charged with felony corporal injury to a spouse stemming from an October 2014 incident at their home in Redondo Beach.

But in what amounts as a victory for Slava, he was able to strike a deal with prosecutors in which the felony was reduced to a misdemeanor, in part, due to a biomechanical engineer who said Slava's wife's injuries appeared to have been the result of an accident.

As we previously reported, cops say Voynov's wife initially told them the hockey player kicked, punched and choked her ... and slammed her head into a TV.

He was facing 9 years in prison if convicted of the felony -- and could have been deported back to Russia.

Instead, Slava pled no contest to misdemeanor corporal injury to a spouse and got 90 days in jail, 52 weeks of domestic violence counseling, 8 hours of community service and 3 years probation.

No word on when he's expected to begin serving his time.