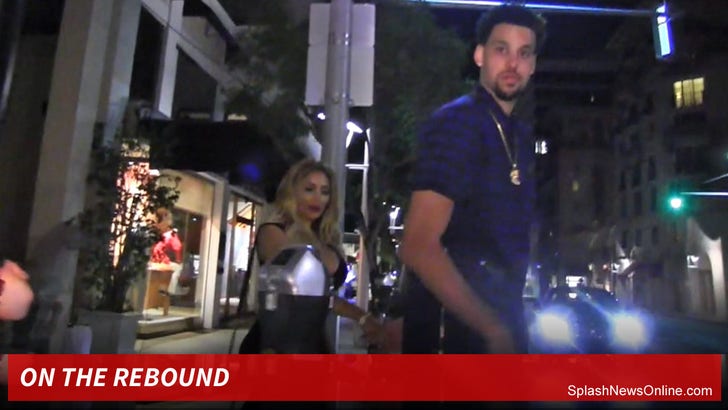 'Love And Hip Hop' star Nikki Mudarris obviously wants to rebound with the experts ... 'cause just days after an epic blow up with her rapper ex-bf, Mally Mall ... she hit the town with an NBA Champ.

Nikki was out at Mastro's -- a fancy Bev Hills steakhouse -- with Austin Daye ... a dude that was just waived by the Atlanta Hawks, but who snagged a championship ring with the Spurs back in 2014.

Check out the clip -- While Austin exits stage left ... Nikki gets in-depth about her $30,000 dish-smashing rampage at Mally's house earlier this week, where she obliterated some fine china.