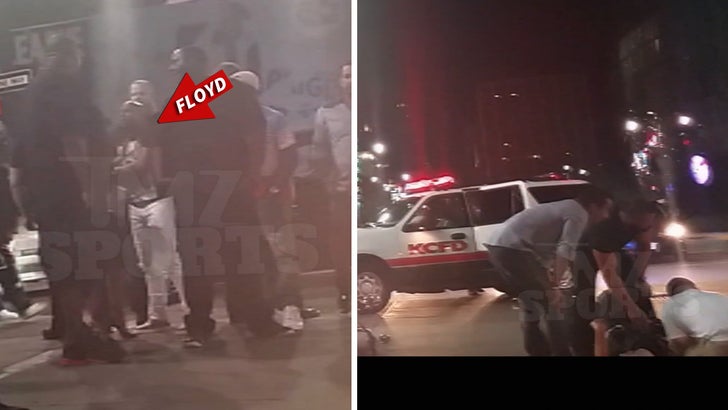 More drama for Floyd Mayweather last night ... when an SUV in his motorcade crashed into a guy on a motorcycle -- as the boxer and his crew were on their way home from a nightclub.

Floyd had just made an appearance at One% nightclub in Kansas City ... when one of the 5 vehicles in Mayweather's TMT motorcade collided with the bike around 3AM.

It's unclear if Floyd was riding in the SUV involved in the accident -- but in video obtained by TMZ Sports, you can see Mayweather at the crash scene while people attend to the downed biker.

Emergency personnel raced to help -- but the biker's condition is unknown.

One witness at the scene told us it appeared as if the motorcycle clipped the back end of the SUV -- and the guy was ejected from his bike.

We also obtained pics which showed Floyd in the passenger seat of an SUV earlier in the night -- so it's unlikely he was driving.

We reached out to Mayweather's camp for comment -- so far, no word back. 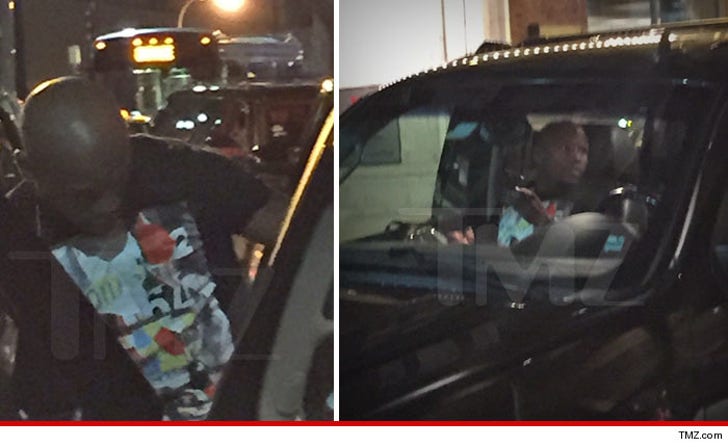