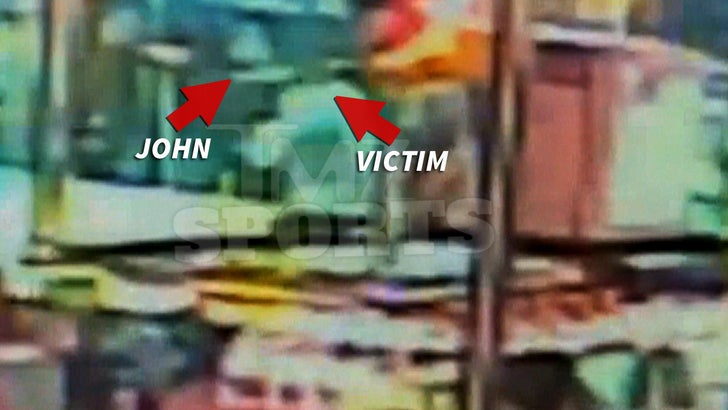 Here's video that allegedly shows NFL stud John Abraham PUNCHING SOME DUDE IN THE FACE at a strip club ... there's only one problem -- the video isn't exactly crystal clear.

Abraham was arrested and charged with battery for the attack on his ex-friend and business partner Vladmir Ako at the Pink Pony strip club in Atlanta on February 28th.

We spoke with Ako's attorney, Darl Champion Jr., who tells us Ako has also filed a lawsuit against the 5-time Pro Bowler ... claiming he suffered physical and emotional injuries.

Which brings us to the video ... shot on the surveillance system inside the strip club where things are pretty dark ... for obvious reasons.

You can clearly see a man strike another man 3 times -- but you can't make out the faces.

We're guessing Ako's lawyer has witnesses who will connect the dots -- which could be the key to victory.

Abraham is due in front of a court on the criminal side of things in October ... and a hearing in the civil matter is set for later this month.

We spoke with Abraham's lawyer Mark Issa who tells us he hasn't seen the "full video" -- but says he's "learned from witnesses that this clip doesn’t represent the events of the evening accurately."