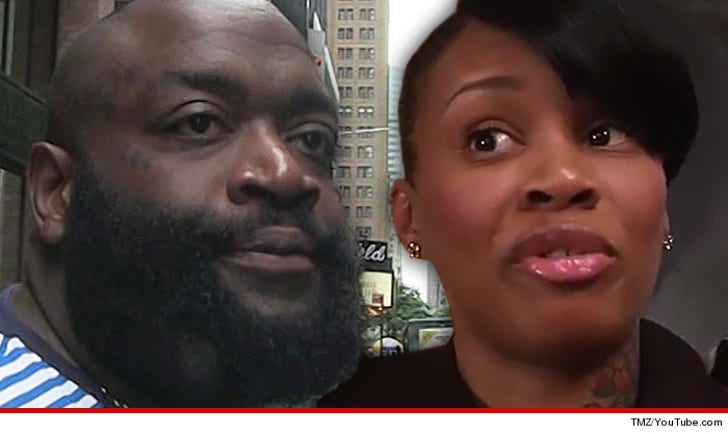 Rick Ross has something in common with Chris Brown – one of his baby mamas wants a fatter child support check ... due to all the cheese he's making from hawking wings.

Tia Kemp, NOT the woman in the 50 Cent-leaked sex tape, filed docs to modify Ross' child support checks for their son William III. The boss has been paying $1,951 per month, but Kemp says she deserves more because Rick's rolling:

Kemp says she should get at least $2,800 -- there's already a clause in their agreement for her to get that amount if he doesn't spend enough time with his son.

She also plays the "our kid is special" card -- pointing out William III is physically gifted, and she needs more dough to put him in martial arts classes because he could be a "star athlete."