Kim Richards resurfaced after a rocky rehab stint, hitting up a famous restaurant in the 90210.

Kim looked good and was cooing about her sobriety as she left Madeo in Bev Hills.

As we reported, Kim went to 3 different rehab facilities following her drunken arrest in April at the Beverly Hills Hotel. She went to rehab, fell off the wagon in Mexico and went to 2 other facilities.

As TMZ first reported, 'RHOBH' producers don't plan to have Richards back on the show at all next season ... and Richards did have a few words of advice for whoever replaces her. 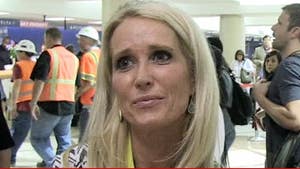