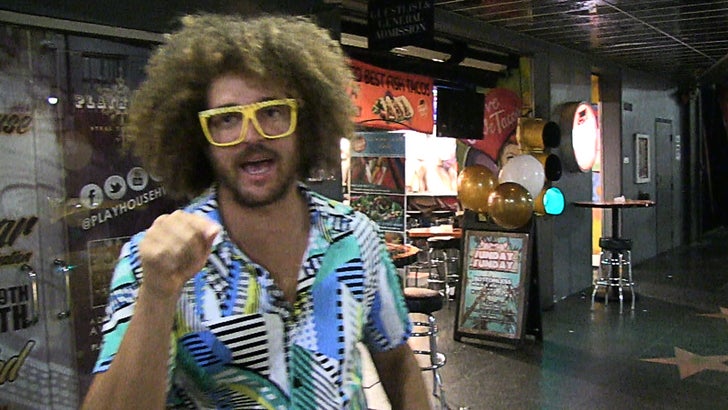 He may look like he's goofin' around, but Redfoo from LMFAO says he's deadly serious about a career as a PRO TENNIS PLAYER ... and he's been training his ass off to make it happen.

Here's the deal ... Redfoo has been a hardcore tennis fanatic for years -- and even dated former #1 women's player Victoria Azarenka for a few years.

And over the past few years, Redfoo says he's been studying the top players and putting in work -- and is 100% determined to be taken seriously as a pro player.

Check out the clip -- you can tell Redfoo means business.