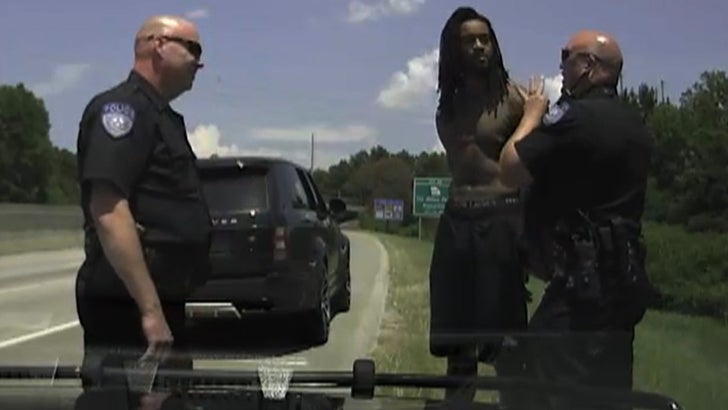 Indiana Pacer Jordan Hill had the nerve to ask cops if they HAD to arrest him ... after they busted him doing 107 mph -- and the exchange was all caught on dash cam video.

TMZ Sports got the full video, including the audio, which reveals Hill's hysterical attempt to get some leniency. As we previously reported, he got arrested last week in Georgia, and after cops pulled him out of his Range Rover -- shirtless, for some reason -- he tried to turn on the charm.

Watch the clip -- the police officer said, "What's your story, man? Just driving like an idiot?" Hill actually mutters an excuse which clearly did NOT sway the officer ... who quickly put him in cuffs.

But you have to hear the cop's shocked response when Hill appears to ask for a break. Not great timing ... since he'd JUST blazed past the patrol car without stopping.